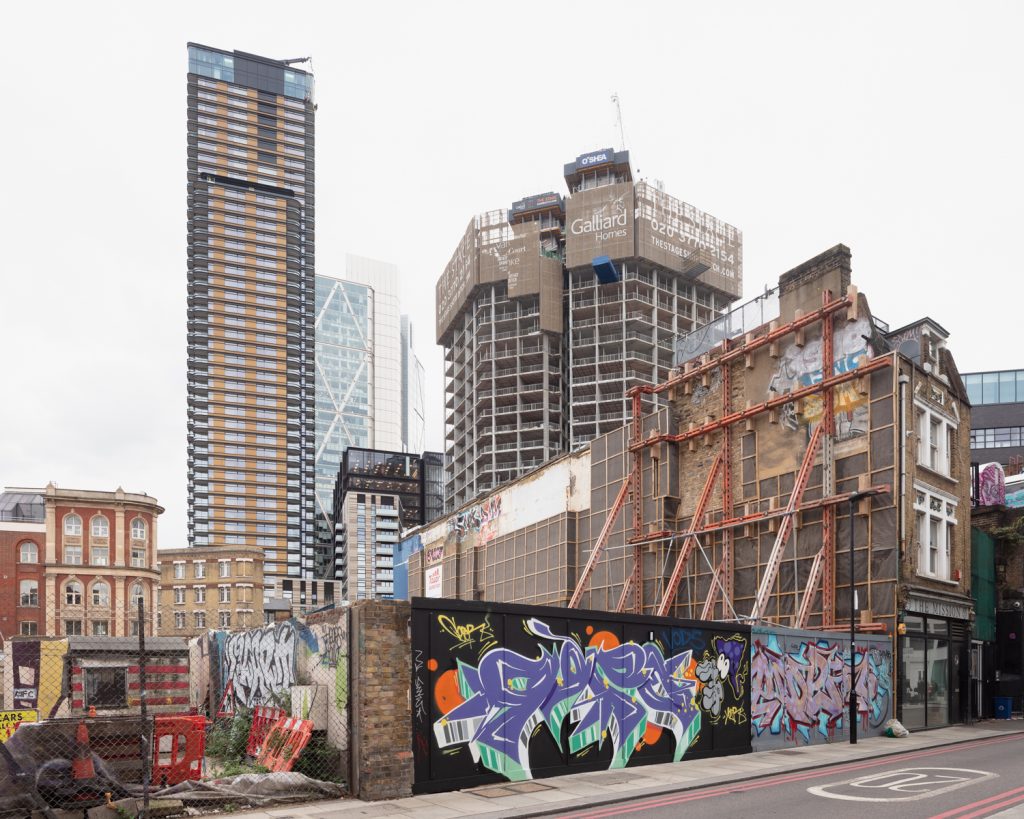 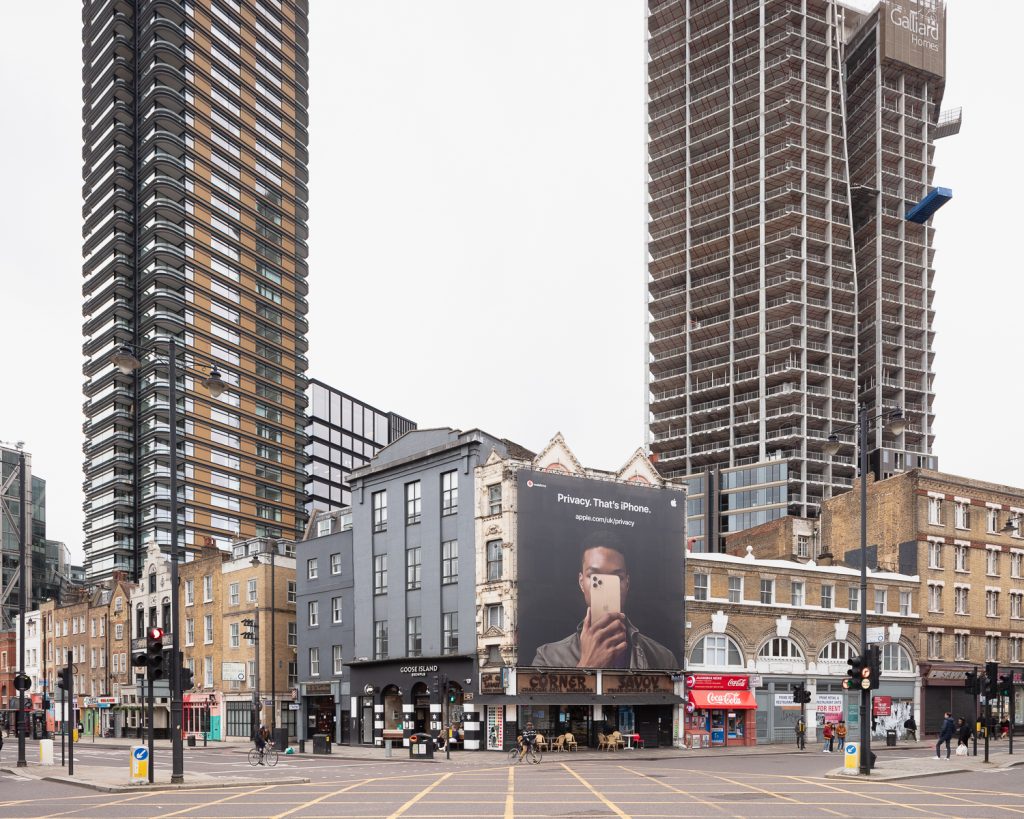 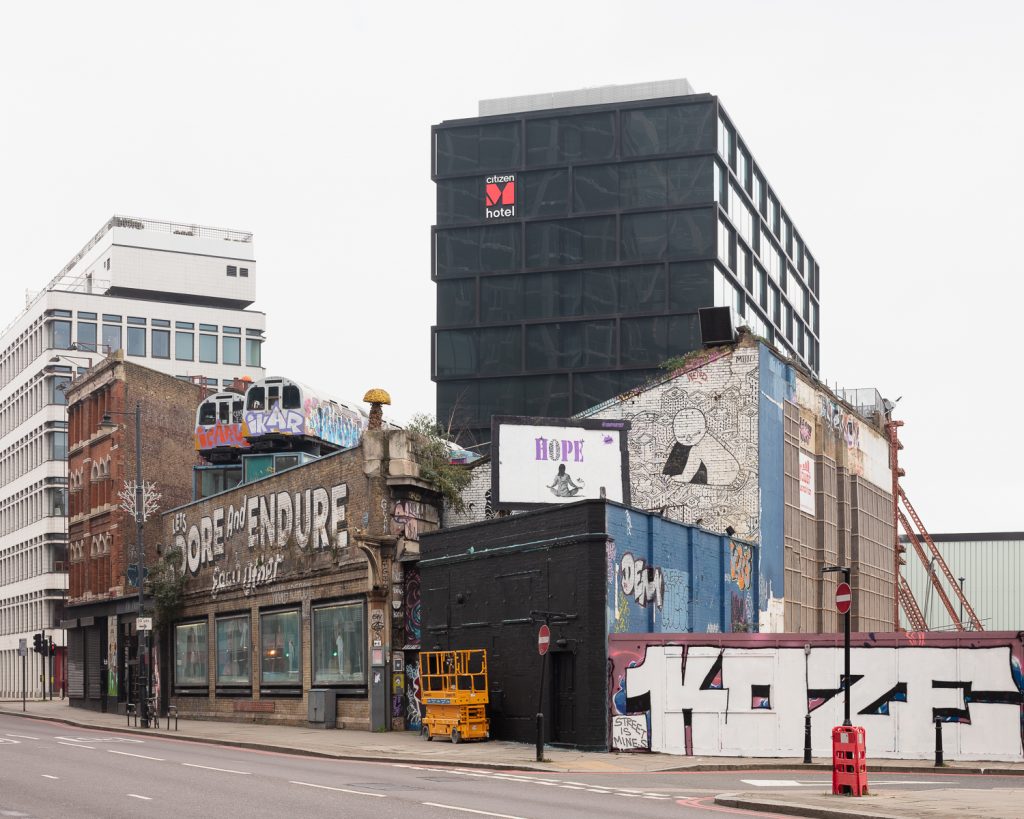 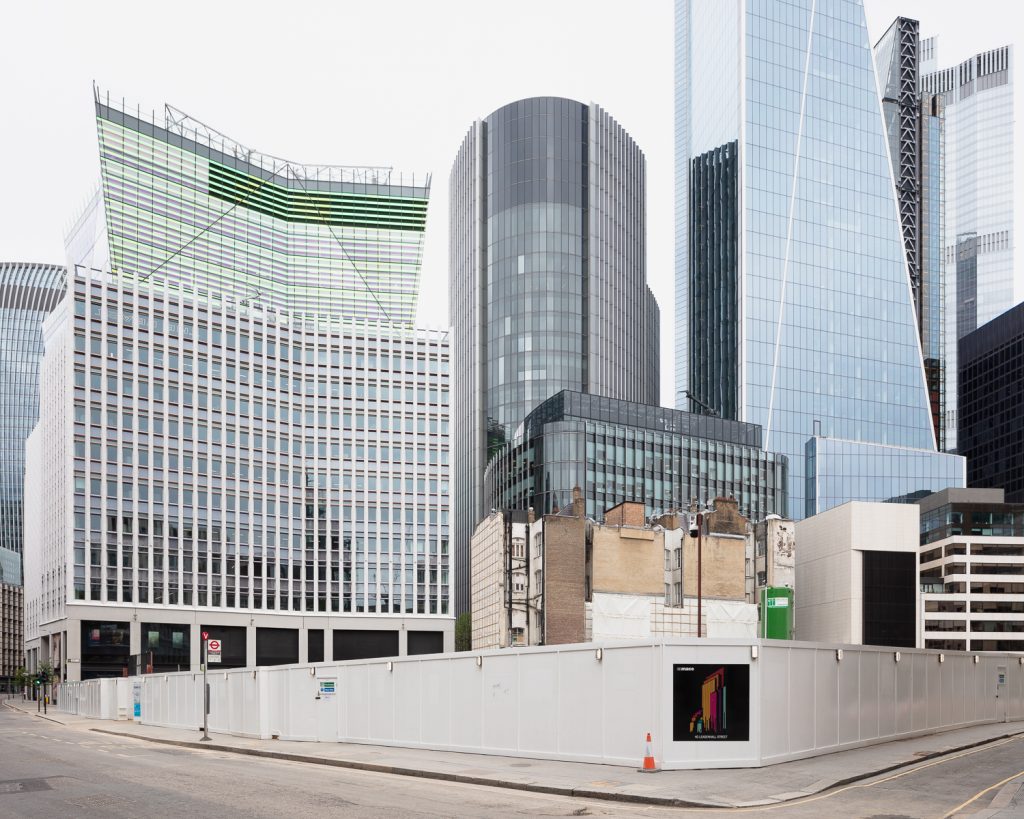 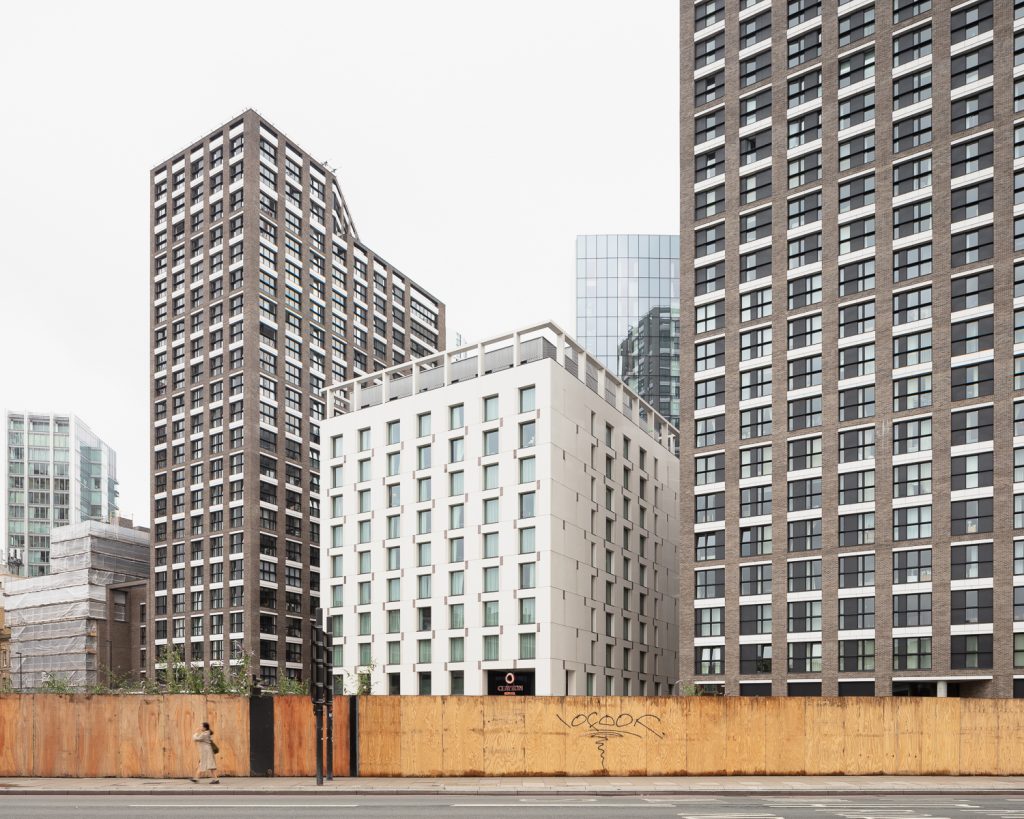 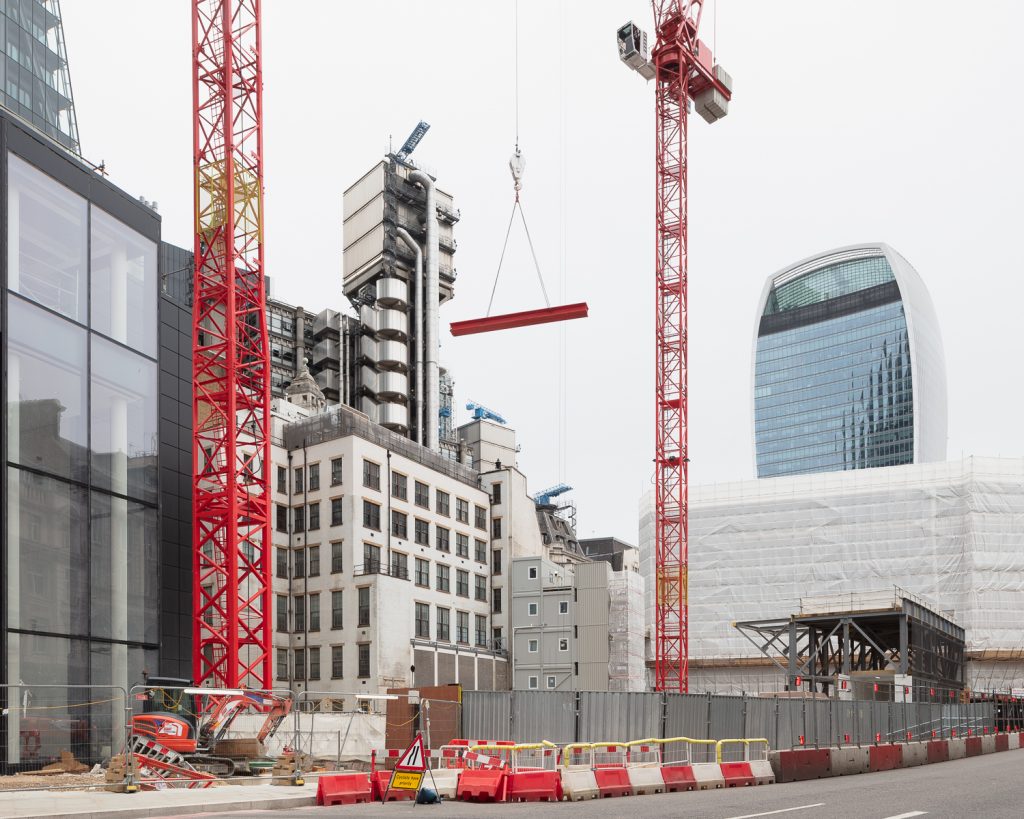 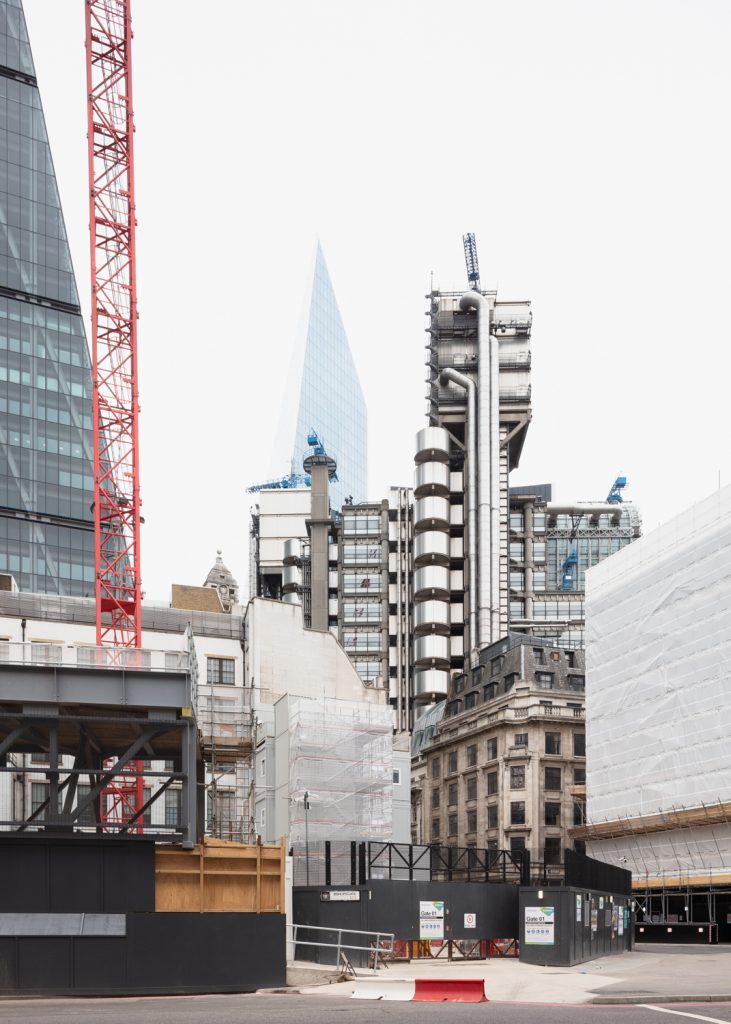 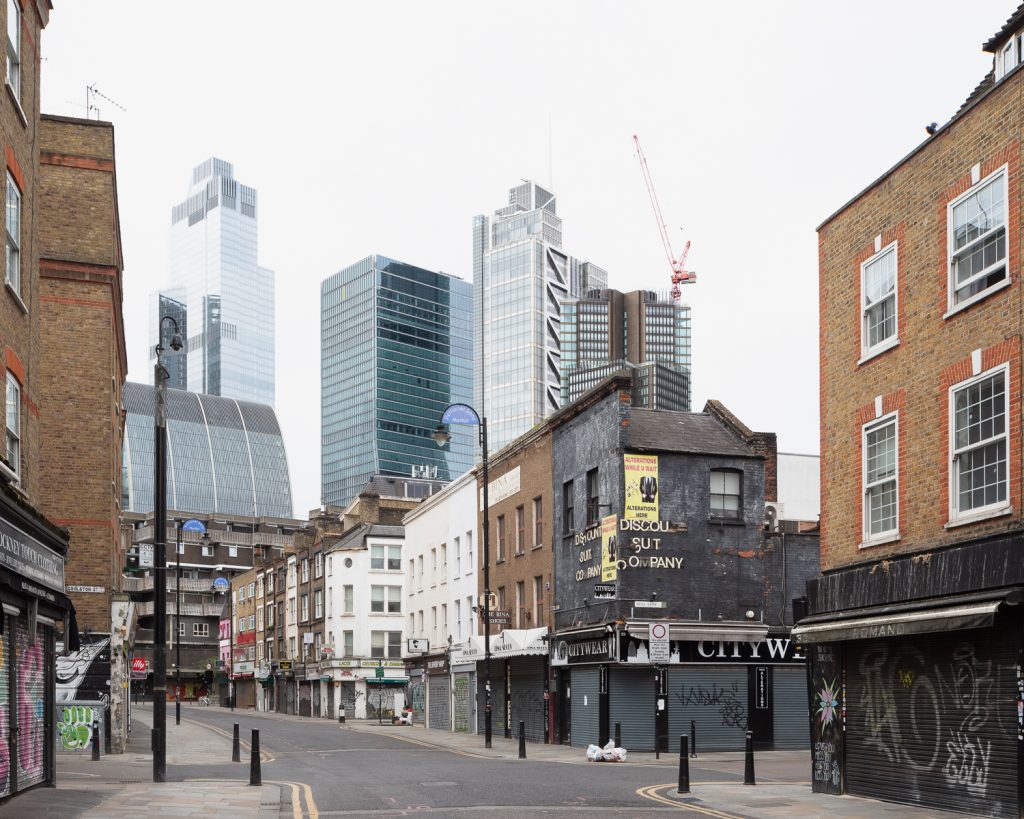 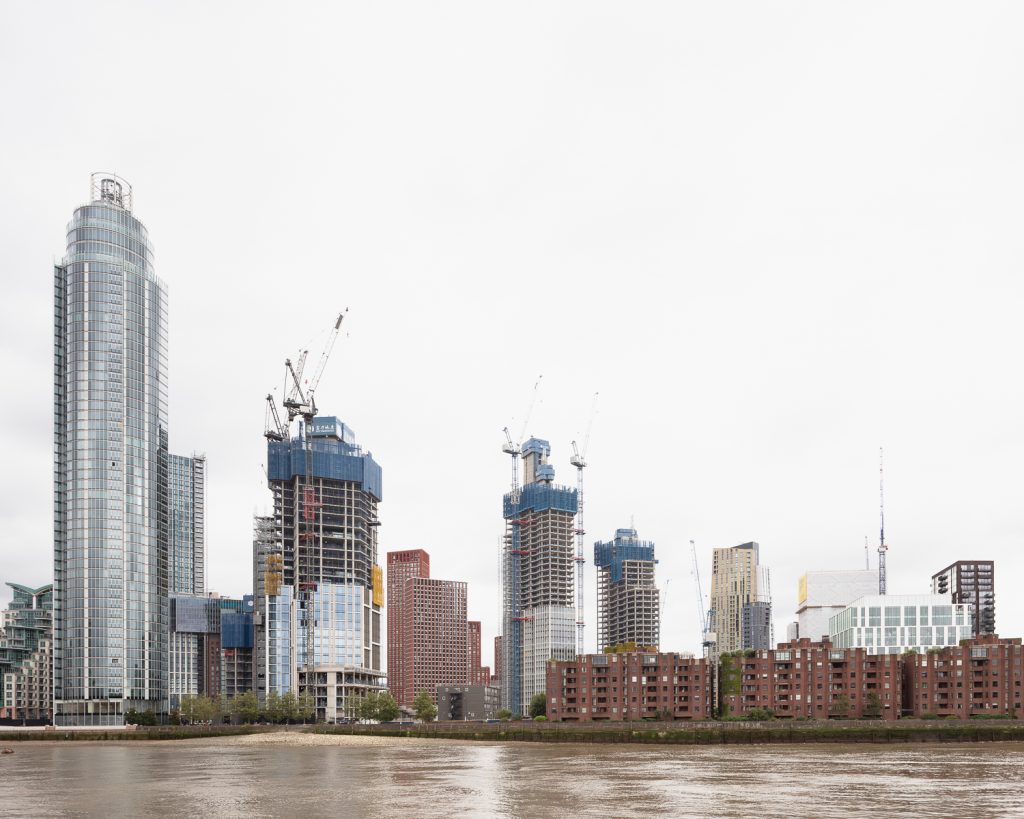 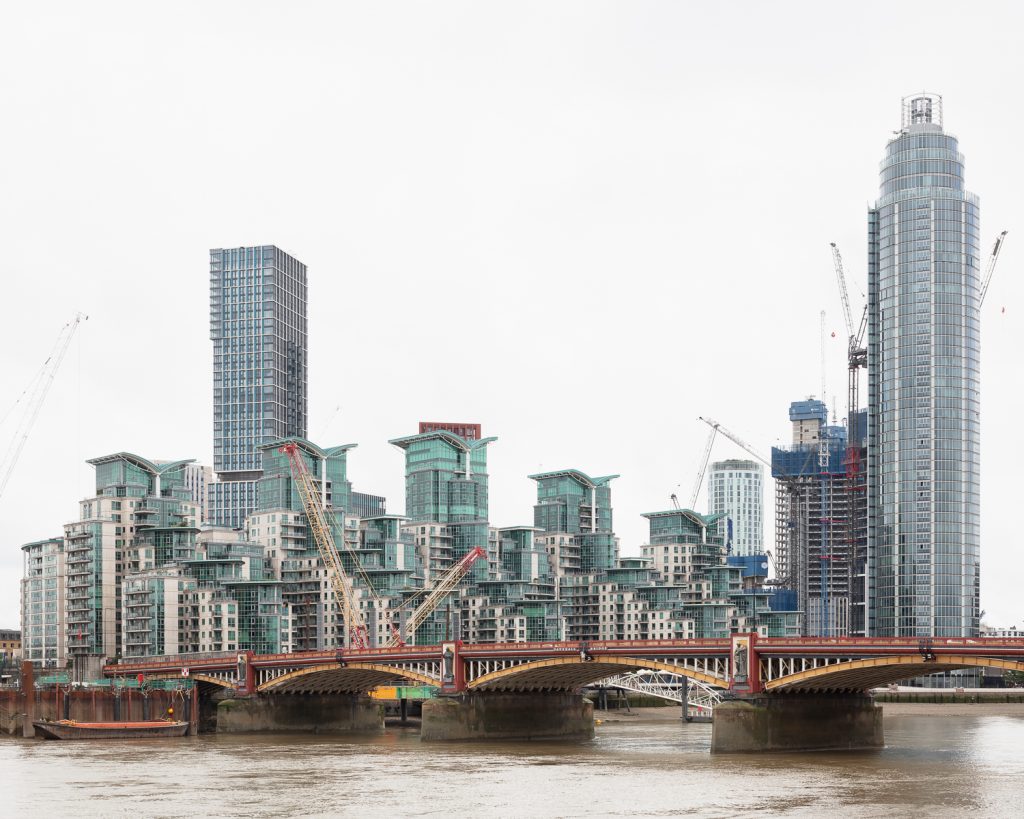 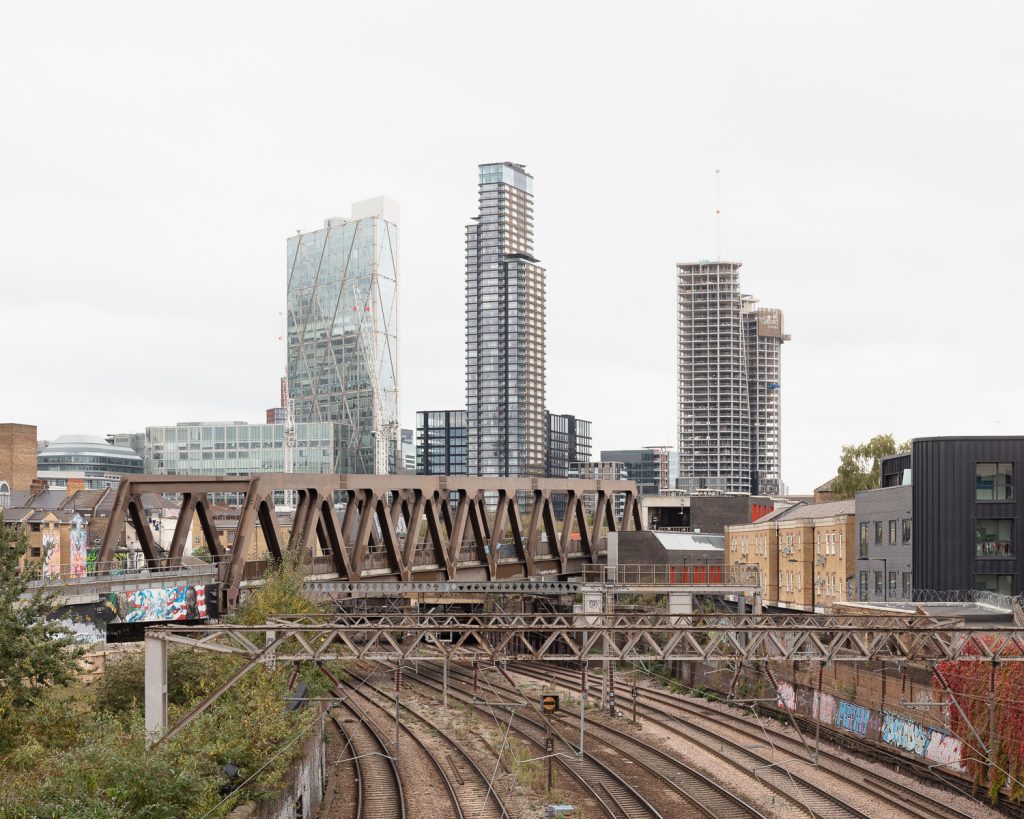 The ongoing series Palimpsest documents several construction sites and contrasts them with their usually eclectic context. The photographs of the series reveal different visual layers of historic development, interrogating the architectural approach of each generation, their response to physical and financial obsolescence, and their common vision and understanding of how cities should evolve.

The concept of palimpsest refers to a writing material used one or more times after earlier writing has been erased. Cites can be conceived as a palimpsest, illustrating the traces of time created by the chronological superposition of urban layers. The series explores the spatial superposition of these in the urban context. The city becomes a manuscript that is constantly being modified in a non-linear and often chaotic way, or a patchwork quilt with contrasting colours, patterns, sizes and materials.

At its best, urban regeneration and renovation address the obsolescence of the built environment by coupling a desire to preserve history with innovative solutions that tackle community necessities, avoid gentrification and preserve natural environments. At its worst, the old city is wiped out, creating sanitised neighbourhoods without any memory or identity. The series aims to explore both ends.